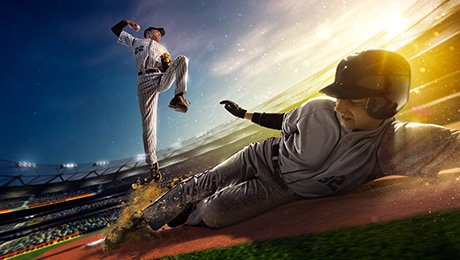 Although baseball originated in England in 19th century, nowadays it’s mainly popular in the United States, where it is the second most popular sports after American football. It is also played all over the world and has major professional leagues in Japan, South Korea, Italia, Dania, Sweden and other countries.

Baseball is still one of the main sport games in the Americas, with MLB, which was founded in 1903, being the biggest professional league in the scene. Major League Baseball consists of two leagues – National League and American League, each of them includes 15 teams. Out of 30 teams only one is based in Canada, all the other teams are from the United States. Each season there are a total of 162 regular games that determine five best teams in each league that make it to two separate postseason tournaments, the winner of each compete in the World Series, which is held in a best-of-seven format during the fall season. MLB is currently the second most popular professional sport league in the US after the NFL (National Football League).

Although GGbet.com was initially created as an esports website, today we are expanding to the market of the traditional sports betting, and from now on you can put your money on baseball matches using all the features our great platform provides, including:

To start making bets on baseball or any other type of sport, you need to create an account, which won’t take you longer than a minute, or you can also log-in with one of your existing social network accounts. By verifying your email you’ll get additional bonuses and protect your account. You can deposit credits using a multiple of payment methods. From now on you are ready to place your money with best odds on all major events not only in baseball but in other sports as well, including soccer, basketball, and hockey. Baseball betting has never been easier!