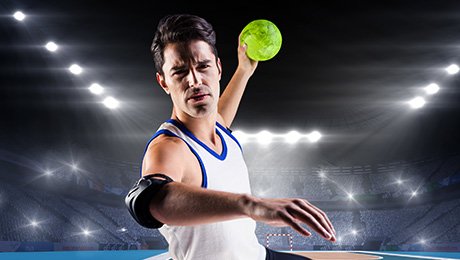 Handball is a team sport, which in its modern form originated in 19th century in Northern Europe, while its current rules were published in 1917 in Germany. In handball two teams consisting of seven players each compete to get the higher score by throwing the ball using hands into the goal. It is popular mainly in Europe, especially in Germany, Spain, France and Poland. If you are interested in handball betting with best odds, you’ve come to the right place!

Handball is regulated by IHF, an international federation which was created in 1946 and is now currently located in Basel, Switzerland. It consists of six continental federations in Asia, Africa, North America, Europe, Oceania, and South and Central America, with a total of 209 national associations. IHF organizes major national competitions, including world championships which are held every two years. There are also international events for club teams.

As the sport is popular mainly in Europe, it is also reflected on the professional scene, which is heavily dominated by Europeans. Just take a look at the history of World Championships – Europeans won all medals in men competitions since 1938, while in women’s competitions only two medals were received by non-European countries – Brazil and Korea.

GGbet.com is a robust betting platform that allows you to wager on many sports, including handball. Our main advantages include:

What are you waiting for? Log in with an existing account or create a new one and start betting!