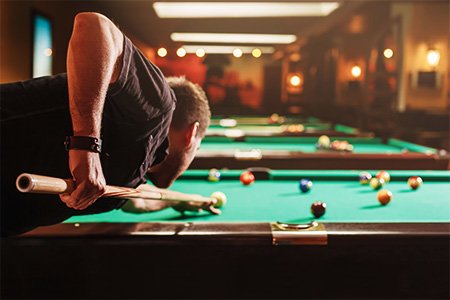 GGBet.com accepts bets on all snooker tournaments with best odds and lucrative bonuses! Bet your real money on sports and win big – we cooperate with a wide range of payment providers and ensure that the withdrawal process is as fast and transparent as possible.

The game harks back to the 19th century and was invented in India by members of the British Army. Nowadays the game is especially popular in United Kingdom, Canada, Australia and India. Besides that, currently the game is rapidly gaining traction in Europe and China.

Online bookmaker GGBET.com accepts bets on matches of all notable snooker tournaments. To start using our website, you need to create an account and make a first deposit via one of the multiple available payment methods. Once your account is set up, go to the Sports section and navigate to the Snooker subsection using the filter located on the left side of the screen. By default, you will be moved to the page with the upcoming matches, however you can also switch to the Outright tab to make bets on a result of a competition or go to the Results section to check the past matches. Before starting to make bets though, do not forget to check the news section for available bonuses – on top of already juicy odds, bonuses can yield you a truly big victory!