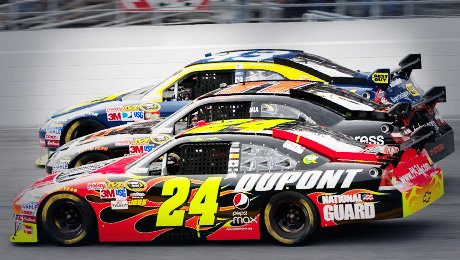 There are various sport competitions involving driving of motorized vehicles – mainly cars and motorcycles, but ultimately any vehicles, even aircrafts and drones. All of them fall into the category of motorsport. The most popular are the racing competitions, but there are also non-racing sports, such as drifting, trails and freestyle. There are two main governing bodies in the sport: FIA, which oversees four-wheeled motorsport, and FIM, which administers two-wheeled competitions. Due to a high number of competitions and multiple disciplines there are always many events to place your bets on and you will always be able to find an event with odds suitable for you.

The Most Popular Motorsport Competitions

Among all the motorsport competitions, racing in its various forms is the most popular one. The most prestigious automobile racing is without any doubt Formula One, which has been dominating the scene since its inaugural season in 1950 and is especially popular in Europe. The competitions are held using the fastest open-wheel cars specifically built by the best constructors, their top speed can reach approximately 230 mph. Each season consists of multiple races, known as Grands Prix – since 2010 each season included at least 19 races, which are held all over the world. The other single-seater series which is especially popular in the United States is IndyCar, it was founded in 1994 with headquarters in Indianapolis, Indiana. All recent IndyCar Series included at least 15 competitions held across the United States, the most prestigious of them is Indianapolis 500. The other popular motorsport competitions include MotoGP – premier motorcycle racing event, as well as the American stock-car racing NASCAR.

At GGbet.com you can always find all of the main motorsport competitions to make bets on with best odds. To start betting on sports, you only need to:

In case you have any questions or any problems appear – our customer support works 24/7 and is always ready to help!