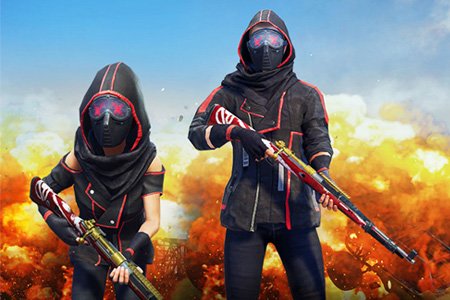 PlayerUnknown’s Battlegrounds, the game that sparked the interest to the Battle Royale genre, was released in late 2017 on PC and is currently available on both consoles, as well as has a mobile version. Despite the strong competition from such massive titles as Fortnite and APEX Legends, the project remains the most popular paid game on Steam. Besides that, the game has a well-established esports scene supported by the developers.

Since the PlayerUnknown’s Battlegrounds release, its developers have been working on creating an established esports scene and implementing necessary changes to the game to make the streams more accessible and enjoyable for general public. In 2019, PUBG Corp. have experimented with a system of regional leagues. The main leagues were launched in the following regions:

Besides that, the developers also hosted local competitions in other regions. However, in 2020 the developers will shift focus to major LAN-events: the new PUBG Global Series will consist of four tournaments hosted in different countries. The regional leagues will be replaced by local qualifiers. Besides that, the developers will provide more opportunities for third-party organizers. All these steps should ensure you that PUBG esports scene it thriving and the competition never stops, which for us means that there are always plenty of options to place bets on.

PlayerUnknown’s Battlegrounds is not a regular esport due to the game’s gameplay specifics. Tournaments usually consist of a set number of rounds, and each match features 32 teams of four. Teams that participate in the tournaments get points for their placements and kill counts. Because of this, PUBG is more suited for outright bets, where you predict a result of the entire event, instead of placing bet on a specific match.

GGBet.com is covering all regional and international PUBG tournaments. To start betting, set up your account and make your first deposit. We provide our users best odds on the market and offer lucrative bonuses.