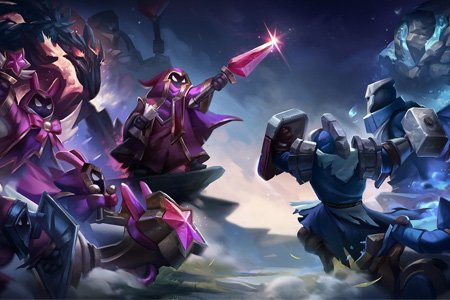 While the game was heavily inspired by Dota Allstars, nowadays League of Legends is ahead of Dota 2 in both number of active players and view count on streams. As esport, it cannot brag of having prize pools similar to those of The International events; however, the game’s developers managed to build a robust professional scene with representation in multiple regions and international major tournaments. League of Legends has always been not only the leader on the MOBA market, but also one of the most popular esports in general.

Professional Leagues across the World

Unlike Valve with their Dota 2 and CS:GO, RIOT Games are fully controlling the professional LoL scene. Currently the game is represented on the professional level in more than ten regions, the main leagues are:

Different regional leagues can have different format, prize pool and structure. For example, the North American and European leagues have been transformed into franchised leagues, where organizations buy their slots thus securing that they will not be relegated. On the contrary, the other leagues remain of open nature. Besides regular regional matches, each year there are two main major global events – one in the middle of a season, and one in its end. Overall, League of Legends remains one of the leading esports titles and there are always action going on, so you will have plenty of betting options.

GGBet.com accepts bets on both online regular matches as well as the international LAN-tournaments. Once your account is set, you will have to make the first deposit with one of the available payment methods, among which are bank cars, online money and mobile services. At our website, you can make regular bets where you predict an income of one match, an outright bet where you predict a result of a tournament, and LIVE-bets that can be made on the ongoing events.