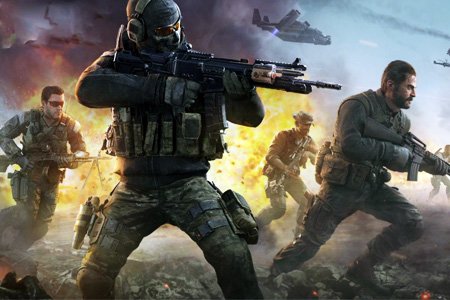 The Call of Duty series has an almost two-decade-long history of success – Activision has been launching at least one CoD game each year since 2003, with multiple of them breaking sales records. The developers have been hosting esports tournaments since 2006 and currently the series remains the leader of console esports, which makes it one of the favourite games for gamblers to place bets on.

The series has a strict plan of releases, as three major studios are simultaneously working on separate games that are released for both PC and consoles. While the games are developed by different companies and often are set in different settings, they share the common gameplay features, with all of them being fast-paced first-person shooters. The most popular games of the series are:

In 2009 the developers released a new cooperative mode – Call Of Duty Zombies, which became highly popular and now is present in multiple titles.

The professional scene has been developing for almost 15 years, each year changing from one version of the game to the other. Since 2020 the scene is utilizing a franchised mode – the main competition happens as part of Call of Duty League, a city-based league with teams mainly from North America. The inaugural season of the league had $6,000,000 at stake. The developers also support amateur scene, organizing Challengers and City Circuit competitions. The game is especially popular in the United States, however the streams of the competitions attracts fans from all continents.

GGBet.com accepts bets not only on all Call of Duty matches, but also on other esports titles. We provide special bonuses for both new and regular users. Profitable odds, wide range of bet types, support of multiple payment methods and a reliable customer support service – all this makes our website the best place to make bets on esports!