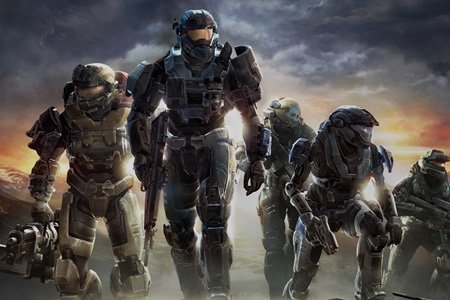 Halo is not only the legendary FPS series on Xbox, it is also one of the leading esports titles on that platform. The series traces way back to 2001, when the game’s first instalment was released by Bungie, the company which also worked on the following Halo 2 & Halo 3. The next games, including the latest Halo 5, were created by 343 Industries. The developers of the game support its esports scene, which is functioning under the name Halo Championship Series.

While most competitive first-person shooters are played on professional level on PCs, Halo esport runs on Xbox. The game’s developers and Microsoft are supporting the Halo professional league called HCS, which has been active since 2014 and includes teams from the following regions:

Historically the teams from the Unites States heavily dominate the professional scene, and naturally the game’s streams are mostly popular in America. However, the league’s organizers are devoted to develop the game in other regions as well.

The league consists of online tournaments, a number of regional LAN-events, as well as several major international tournaments. Each season concludes with Halo World Championship, the latest of which featured a $1M prize pool. On GGBet.com you will be able to place your bets on all minor and major Halo tournaments with best odds.

How to Place Bets on Halo

GGBet.com accepts bets for vide range of esports, including Halo. To start betting, create an account either by using one of your existing social network accounts or by specifying your email. Once your account is set, you will be able to add money to your account via one of the multiple available payment methods. At this point you are ready to go – head over to the Esports section and make a bet on your favourite team! We provide special bonuses for our new and existing players, so we suggest you checking your dashboard or the news section regularly.