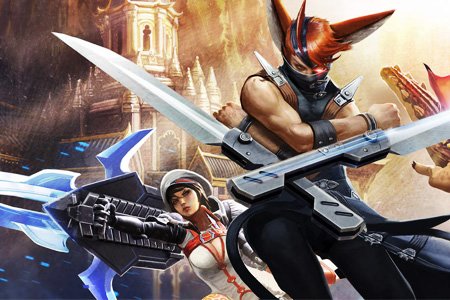 Vainglory is one of the leading MOBA games on mobile devices, which since recently is also available on PC. The game is free to play, features multiple gameplay modes and supports cross-play.

Vainglory, which is developed and published by an American company Super Evil Megacorp, initially was available on mobile devices only – it was released on iOS in late 2014 and on Android in mid-2015. Due to specifics of mobile gaming, initially the game’s main mode featured two teams of three battling it out on one lane with a jungle right next to it. This game mode was also used in the official esports tournaments, which started to be held since 2015. With time, however, Vainglory became much more similar with other MOBAs, introducing a familiar 5v5 mode with three lanes, which is currently the game’s main mode. Since 2018 Vainglory is available on both Windows and Mac and currently supports crossplay, allowing players to use mouse & keyboard as well as gamepad.

If you are a Vainglory fan and interested in esports betting, you have come to the right place! Esports is the main focus of GGBet.com, and we offer our users some of the best odds for big variety of disciplines and tournaments. Our main advantages are:

To start using our website, you will have to either create an account or log in using one of your social network accounts. Once your account is topped off, go to the Esports section where you will be able to bet on all notable esports titles and watch relevant streams.