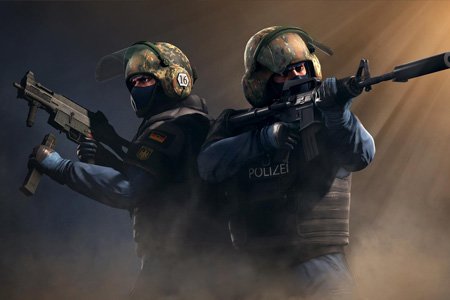 Counter-Strike: Global Offensive is a competitive FPP shooter from Valve Software distributed through Steam. The game, although released in 2012, remains one of the most popular titles on Steam and maintains a leading position in the esports industry. GGBet.com is the best place for you to safely placing bets on all Counter Strike GO matches and tournaments and winning big!

CS:GO - Esport that Everyone Can Watch

While Counter Strike GO as a game requires great reaction time, polished skills and a thorough knowledge of mechanics, it is surprisingly very easy to watch on screen, which makes it a perfect esports title. It will not be a problem to introduce your friends to the game even if they do not play it – CSGO streams are a fascinating, fast-paced show that can catch everyone’s interest.

All of this makes CSGO one of the most favourite games of major tournament organizers in the esports industry. Such notable companies as ESL, DreamHack, RFRSH Entertainment, ESEA and others host Counter Strike GO tournaments on a regular basis, offering large prize pools and filling up stadiums. On some weekends there are multiple premier CSGO events being held simultaneously, not to mention countless online tournaments. If you are a fan of the game, you will always have matches to make your bets on!

Esports is our highest priority, so you can be sure that on our site you will always be able to make bets on all CSGO tournaments, no matter how small or big. We ensure that our odds are among the best on the market and offer our both new and regular users special bonuses. In additional to the standard type of bets, such as:

there are special lanes specific to this game, which will allow you to predict who will win a pistol round, reach a specific number of won rounds, or will there be an overtime. Can’t wait to make bets on your favourite team? The registration process and straightforward and won’t take you more than five minutes, so what are you waiting for?