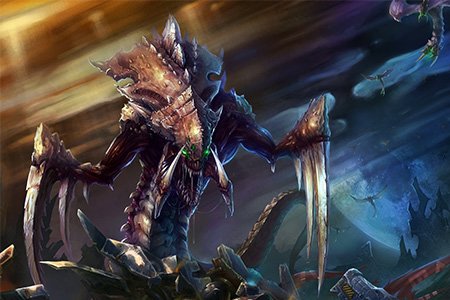 Blizzard Entertainment have always been a company that releases games that defy genres. StarCraft, released in 1998, was no exception – the game introduced the large audience to the world of demanding but highly engaging real-time strategies. Its sequel, StarCraft II, was initially published in 2010 and became so successful that the developers released two full-fledged expansions – Heart of the Swarm in 2013 and Legacy of the Void in 2015. Nowadays the game remains the main RTS in the esports industry with a huge lead.

While StarCraft II cannot boast of having extremely high viewer counts on the game’s streams, it has a significant and devoted fan base and a structured esports scene supported by Blizzard. The scene is divided into two main regions:

Despite a popular belief, the scene is no longer dominated by South Korean players – for example, the 2018 World Championship was won by a Finish player, as multiple other international events. Thanks to support from developers and crowdfunding from the community, the competetive StarCraft II scene is thriving, and there are plenty of tournaments for us gamblers to place bets on!

The scene of esports was and remains the main focus of GGBet.com, so naturally we accept bets on all StarCraft tournaments. To start betting, you need to undergo a fast and simple authentication process. Once you are logged in, you will be able to choose one of the multiple payment methods to make your first deposit. Do not forget to check your dashboard or the news section for the available bonuses. In case you have any question, our customer support is ready to help!