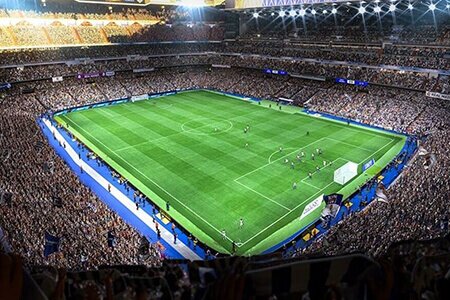 When most people think of a football video game, they most likely think about a FIFA game - the series has been around for about 30 years, and each year Electronic Arts releases its new installment. The game is available on all main platforms - on Windows PC, on latest consoles by PlayStation, XBOX and Nintendo, as well as trough Google Stadia.

FIFA has had an active esports scene since 2004, when EA hosted the game’s first major international championship. The game quickly turned out to be the biggest esports discipline among sports emulators and currently it has a developed esports structure with players competing on both XBOX and PlayStation. There are local leagues - FIFA Global Series - in the following regions:

Best players from each region qualify for FIFAe World Cup, an annual international event that is a culmination of each year. With regular local events and international tournaments, there are always plenty of options to make bets on FIFA.

Placing bets on FIFA is as easy as it gets - after a quick registration process you will be able to top up your account either with a card or via electronic money, such as Neteller, Skrill, ecoPayz and others. Our robust platform has been developed with focus on esports fans, so you will be able to bet on all FIFA events with multiple options - some of the matches will have more than 150 betting lines. Before making your first bet though, do not forget to check the Bonuses news section for the ongoing promotions!