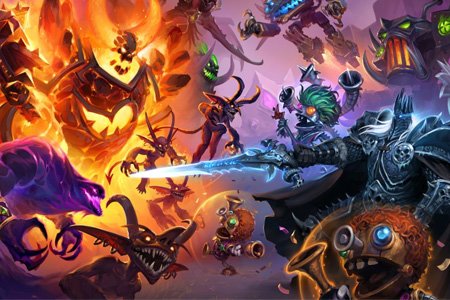 As befits a Blizzard game, Hearthstone is the undoubted leader of the online card game market – while many companies tried to replicate the game’s success by developing similar projects, Hearthstone remains well ahead of its competitors. The game has an established esports scene and a strong streams following around the globe.

Despite Hearthstone being a an accessible and relatively casual game with fast-paced gameplay, the title has been a successful esports game since its release in 2014, when Blizzard hosted the first ever world championship (HWC), which later became an annual event. Nowadays the official competitive scene includes three tiers:

Each competitive season concludes with a final event usually held as part of BlizzCon. As Hearthstone remains the leading esports card game, there are also plenty of third-party tournaments.

The large amount of Hearthstone tournaments ensures that there is always interesting options to place bets on, and you can count on GGBet.com covering all of the most interesting events. To start betting, you need to complete a simple registration process and make the first deposing choosing between of multiple available payment methods. Once logged in, head over to the Esports section – there you will be able to place bets on upcoming matches, make outright predictions and participate in LIVE betting. Be sure to check our news section for any bonuses available that will help you to increase the winnings! In case you still have questions, contact our customer support service via built-in chat window, email or phone call.