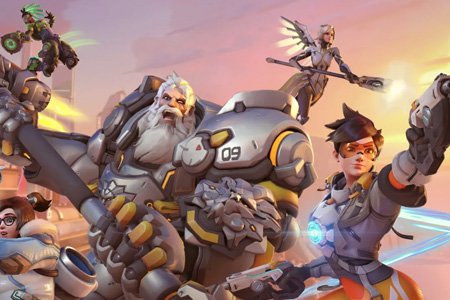 Blizzard’s first-person shooter Overwatch is known for its engaging gameplay, fancy graphics and outstanding story telling. With the upcoming release of its sequel, Overwatch II, the game will also receive a robust cooperative PvE mode. The game has a strong presence in esports, as it was one of the first to introduce a franchised league format akin to traditional sports and attract huge investments from both inside of the esports scene and from non-endemic companies. Nowadays Overwatch matches are played all around the globe, and GGBet.com accepts bets on all of them and offers very lucrative odds and juicy bonuses!

The Overwatch competitive scene is driven and supported by the game’s developers. It currently consists of three tiers:

Overwatch League is a city-based franchised league that was launched in 2018 with a $3,5M prize pool. Initially the league included 12 teams split into two divisions – Atlantic and Pacific. By 2020 the league expanded to 20 teams and a $5M prize pool, with each of the divisions being additionally split into two subdivisions. 2020 will be the first year when each of the teams hosting matches at their home venues. Blizzard managed to structure the schedule in a way so that each week there are streams of OWL matches, which means that there are always top-tier matches to place bets on.

As Overwatch League is a closed system, there are no obvious ways to bring in new players. To solve this problem, Blizzard launched Condensers League, where professional players from eight regions compete for over $3M. Meanwhile, the Open Division is accessible to all high ranked players who can form teams and start their way to the professional scene.

Thanks to the robust esports scene, the game offers its fans multiple options to make bets on. GGBet.com allows you to gamble on all main Overwatch tournaments, as well as on other esports. Complete the registration to gain access to betting with best odds on the market and lucrative bonuses!