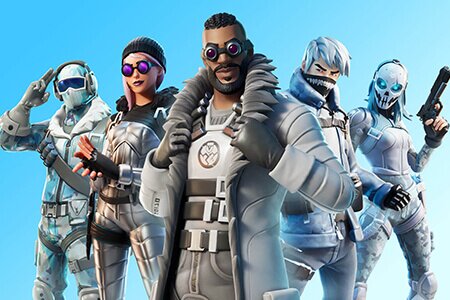 Although initially Fortnite was supposed to be a co-op PvE game, it became known worldwide for its Battle Royale mode. In fact, it quickly became the most popular game in the genre, beating even PUBG: Battlegrounds. Now Fortnite is an incredibly popular game that combines casual with competitive aspects and runs on all platforms, including PC, consoles (XBOX, PlayStation, Nintendo Switch), and mobile phones (Android and iOS). Moreover, it serves as a social platform for different events such as in-game concerts of popular artists.

EPIC Games are investing serious funds to support the game’s esports scene. However, instead of focusing exclusively on top-tier Battle Royale events (which they also do!), they chose to keep the scene open and diverse. How so? Well, in addition to main events in seven regions, there are also constant open mini-events for solos, duos and trios. Moreover, the events are not limited to Battle Royale only, as there are some Creative tournaments as well. Thus, there are always plenty of options for betting!

Bets on Fortnite with GGBet.com

To start betting on Fortnite, all you have to do is to undergo a quick registration process and make a deposit via a bankcard or one of the multiple supported ewallets. GGBet.com users benefit from constant bonuses, such as free bets, insurances, and more. Here you can make regular bets on one outcome and express bets on multiple outcomes, as well as predict an event’s winner in the outcome section.