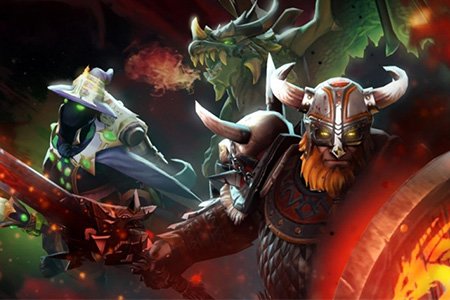 The originator of MOBA genre, one of the most popular games on Steam and one of the leading esports games with the highest amount of prize money at stake – this is Dota 2. Being the successor of the original WarCraft custom map Dota Allstars from 2003, Dota 2 is still going strong and attracts millions of players and viewers from all around the globe.

Valve, who currently have several esports titles under their belt, have always placed the highest priority on Dota 2. It all started way back in 2011, when the American company was preparing for the game’s launch and decided to attract as much attention as possible. For that to happen, they decided to hold a big event called The International with the unthinkable at that time $1,600,000 prize pool. The event was a great success and since then Valve have been hosting major events annually. Since 2013 they have been launching crowdfunding campaigns, which allowed their events to feature unimaginable prize pools – for example, at The International 2019 the participants competed for over $34,000,000 in prize money!

Besides the annual world championships, each season has a strict structured format with official minor and major tournaments, which are preceded by regional qualifiers in six regions. Moreover, there is plenty of third-party tournaments being held regularly. Thanks to a great number of events, there is always multiple choices for you to make bets!

GGBet.com offers you the best possibilities to make bets on Dota 2. Our users can place bets on all notable events with lucrative odds and great bonuses. We are proud to offer our users: