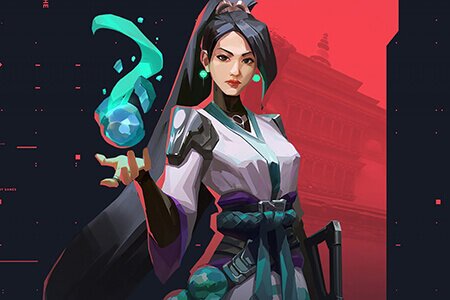 Valorant is a rising star on the esports scene – the game launched in the middle of 2020 and on many fronts has already reached an equal footing with CS:GO, which used to be the main competitive first-person shooter for many years. Currently both games show similar numbers in terms of concurrent players and Twitch viewers.

Born to be a major esport title

From the start, the game was developed to be highly competitive with a focus on optimization. Thus, even older hardware can handle the game without lags and freezes. The other major focus of the development was the networking system, with the goal of decreasing delays as much as possible, as well as ensuring proper hit registration.

This solid foundation allowed RIOT Games to heavily invest into the development of the game’s esports scene. The company has so much experience with League of Legends that they were able to quickly organize regular local events in most regions as well as host some major international competitions, even within the conditions of COVID-19 pandemic. With constant official matches, there are always interesting options for betting.

Bets on Valorant with GGBET.com

Esports has always been our main priority, so you will be able to make bets on all Valorant events, including the official circuit Valorant Champions Tour. To start betting, you need to undergo a quick registration process and make a deposit via your band card or one of the supported internet wallets, such as Neteller, Skrill, ecoPayz and others. We often offer special bonuses, such as free bets, insurance, and more – to learn more, visit the respecting news section!