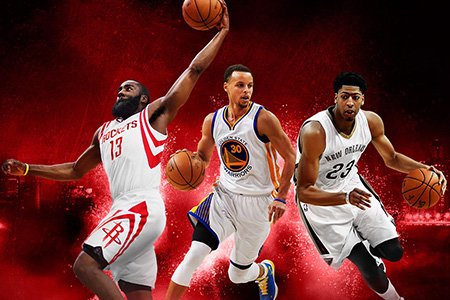 The series of basketball games NBA 2K was launched in 1999 and is developed by Visual Concepts Entertainment, with new games being released annually. The latest games are available on personal computers and consoles, including Switch. The series holds a specific place in the esports scene, as its professional league is operated by National Basketball Association, which makes the game an interesting show for those who enjoy placing bets on both esports and traditional sports.

The league was launched in 2017 and is collaboratively operated by NBA ant Take-Two Interactive. During first season of the league, 17 teams owned by NBA clubs competed for a total prize pool of $1M. All matches of the first season were played on a special arena in New York City. By now, the league has grown to 23 teams. Since 2019, official tournaments are also being held outside of New York.

The professional season consists of several stages, among them are:

The game and its streams are especially popular in the United States, where the latest version of the game managed to top the list of best sold sports games. However, there are local competitions in other regions as well, the winners of which are scouted to the main league.

The professional league with matches being played regularly provide plenty of options for making bets. If you are interested in placing bets on NBA 2K matches, simply create an account at GGBet.com and start your journey towards the big wins! We are covering all NBA 2K matches, and we are sure you will be surprised by our lucrative odds and profitable bonuses!